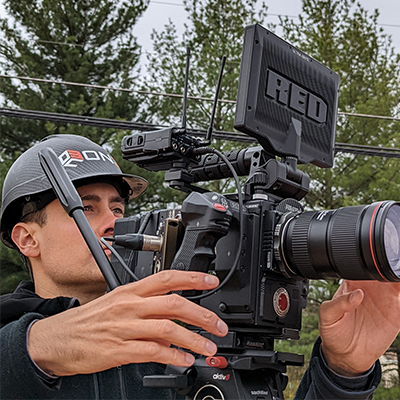 Wes’ talents and commitment to excellence have led to multiple awards from the Oklahoma Association of Broadcasters, a prestigious Edward R. Murrow award and an Emmy nomination. Wes founded a full-service video production company serving some of the biggest companies in the country, he has earned a reputation for skillfully focusing competing priorities, routinely managing simultaneous projects on time and within budget.  He’s like the eye in a storm—calm and clear even when everything around him is spinning. In fact, for more than a decade, Wes partnered with an AMS-certified meteorologist, chasing and shooting dozens of tornadoes. His work has been featured by the National Weather Service, Discovery Channel and National Geographic.Wes earned his Bachelor of Arts in Communications at the University of Tulsa, in his hometown where for more than two decades he’s served as a board member and trustee, overseeing community outreach for a non-profit performing arts company. Wes’ expertise is equaled only by his heart for giving back.